THE MAKING OF A NATION -- a program in Special English by the Voice of America.

World War Two ended finally in the summer of nineteen forty-five. Life in the United States began to return to normal. Soldiers began to come home and find peacetime jobs. Industry stopped producing war equipment and began to produce goods that made peacetime life pleasant. The American economy was stronger than ever. Some major changes began to take place in the American population. Many Americans were not satisfied with their old ways of life. They wanted something better. And many people were earning enough money to look for a better life.

Millions of them moved out of cities and small towns to buy newly-built homes in the suburbs. Our program today will look at the growth of suburbs and other changes in the American population in the years after World War Two. The United States has always counted its population every ten years. The government needed to know how many people lived in each state so it would know how many congressmen each state should have. The first count was made two-hundred years ago. At that time, the country had about four million persons. One hundred years later, the population had increased to about sixty-three million persons. By nineteen fifty, there were more than one hundred fifty million persons in the United States. In the early years of America, the average mother had eight to ten children. Living conditions were hard. Many children died at an early age. Families needed a lot of help on the farm. So it was good to have many children.

This changed in the years that followed. Families began to have fewer and fewer children. By nineteen hundred, the average woman only had three or four children and by nineteen thirty-six, during the great economic depression, the average American mother gave birth to only two children. This changed immediately after World War Two. Suddenly, it seemed, every family started having babies. Parents were hopeful about the future. There were lots of jobs. And people everywhere felt the need for a family and security after the long, difficult years of the war. So the birth rate increased suddenly.

The number of children between the ages of five and fourteen increased by more than ten million between nineteen fifty and nineteen sixty. Many of the new parents moved to homes in the new suburbs. The word suburb comes from the word urban, or having to do with cities. A suburb was sub, or something less than, a city. It usually was created on an empty piece of land just outside a city. A businessman would buy the land and build houses on it. Young families would buy the houses with money that they borrowed from local banks. Life was different in the suburbs. There were all sorts of group activities.

There were boy scout groups for the boys. Girl scout groups for the girls. The parent-teachers association at the school. Barbecue parties where families gathered to cook and eat outside. Historian William Manchester described life in the suburbs in this way: "The new suburbs were free, open, and honestly friendly to anyone except black people, whose time had not yet come." Manchester wrote, "Families moving in found that their new friends were happy to help them get settled. Children in the suburbs exchanged toys and clothes almost as though they were group property. If little Bobby out-grew his clothes, his mother gave them to little Billy across the street. Front doors were not locked. Friends felt free to enter without knocking or asking permission." 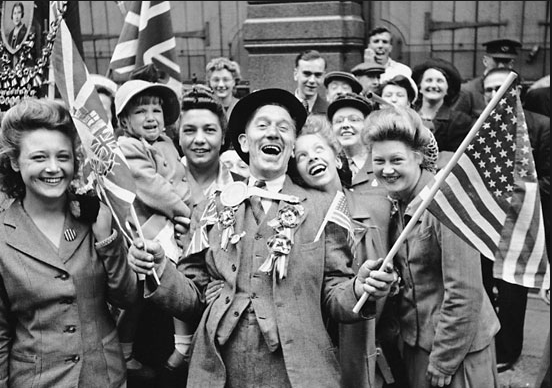 Parents did everything they could to make life good for their children. The number of boys playing on Little League baseball teams increased from less than one million to almost six million between nineteen fifty and nineteen sixty. During the same period, the number of Girl Scouts increased by two-million. And twice as many bicycles were sold. Parents also tried to improve their children's education. In nineteen sixty, parents bought almost three times more educational books for children than ten years earlier.

Parents also bought millions of dollars' worth of pianos, violins, and other musical instruments for their children. Families in the suburbs wanted a new life, a good life, for their children. It was true that the average number of children per family was increasing. But the total population of the United States did not increase as much during this period as one might have expected.

America's biggest city in nineteen fifty was New York, with almost eight-million persons. Second was Chicago, with more than three-and-a-half million. Then came Philadelphia, Los Angeles, Detroit, Baltimore, Cleveland, and Saint Louis. Another population change was in life expectancy. In the early nineteen-hundreds, the average newborn American could only expect to live about forty-seven years. But by the nineteen fifties, most American babies could expect to live well past their sixtieth birthday. This increase in life expectancy was due to improvements in living conditions and medical care. And it would continue to increase steadily in the years that followed. The United States was a changing country, a nation on the move. And political leaders battled each other for the right to lead it. We will look in our next program at political events during this period and look at the presidency of Harry Truman.

1.property 性质，性能；财产
He settled his property on his friend.
他把财产赠给了他的朋友]I-5uj_rP8gpa。

2.immigrant 移民，侨民
But “the hostile part can be mobilized from time to time,” by what he calls “anti-immigrant entrepreneurs.
但是“敌对的那部分可能会不时地动员”，以他称之为“反移民企业家”的名义)R&IYxM|aqC=。

Years ago, we quickly outgrew the capabilities provided by multiple processes.
多年以前，我们快速地增长多进程所提供的能力7,Sr8,!&te。

5.gave birth to 生下
But he had no union with her until she gave birth to a son. And he gave him the nameJesus.
只是没有和她同房，等她生了儿子（有古卷：等她生了头胎的儿子），就给他起名叫耶稣6xu2A%;ARgqtENrLg。