Nigerian President’s Wife: His Health ‘Not as Bad as People Think’
Concerns about the health of Nigerian President Muhammadu Buhari have increased after he missed another cabinet meeting this week.
It was the third straight cabinet meeting that Buhari did not attend, says the Associated Press.
Earlier this year, the 74-year-old president took six weeks of medical leave in London. Aides to Buhari said he returned to Nigeria in March, but often works from home.
His wife, Aisha, used the social media site Twitter to reassure the Nigerian people about her husband.
"I wish to inform everyone that his health is not as bad as it's being perceived, Meanwhile, he continues to carry out his responsibilities."
The president's office has not identified his medical problems. Last month, the office said Buhari remains in charge of the government, but added that his doctors advised "on his taking things slowly."
On his return in March, Buhari discussed blood transfusions and said he has not been so sick in decades. But he offered no other details.
On Wednesday, his office said the vice president, Yemi Osinbajo, led last Wednesday's cabinet meeting.
Continuing questions about the president's health come at a time of major problems facing the country.
Nigeria continues to face a rebellion by Boko Haram militants. There are severe food shortages in the country's northeast, and the economy slowed in 2016 for the first time in about 25 years.
More tweets from Nigeria's first lady
Aisha Buhari wrote four tweets about her husband this week.
One expressed thanks to the Nigerian people.
She wrote, "I thank all Nigerians for their concern, love and prayers over my husband's health status."
The reaction to her messages on Twitter was mixed.
One person wrote, "Thanks for this information. God heal our president and long live Nigeria."
But another message raised doubts about how sick the president really is:
"If Buhari's health is not as bad as people said, Let Buhari show himself to Nigeria and perform his duty..."
I'm Jonathan Evans.

He would let her manage everything and carry out all her notions.
他会让她安排一切，实现她所有的想法THI5r=IZ|^nWF。

The nurses' strike typifies public concern about our hospitals.
这次护士罢工集中地反映出公众对医疗事业的关心ltRZRORfQSkU5Ynp5wk。

There are big gaps in education, gaps in income and health status.
这些人的教育程度、收入和健康状况存在较大差异T*8eT(1Rx~lpH3OO[d-F。

He handed in his resignation right after the cabinet meeting.
内阁会议一开完，他就提出了辞呈b[XQb%2,3GoAe)Ay。

1.I wish to inform everyone that his health is not as bad as it's being perceived.

To do her justice, she is not as bad as you described.
说句公道话，她并没有你说的那样坏tqY.cmOz*k。
Stop piling it on:it's not half as bad as you make it appear.
别夸大其词了,事情根本不象你所说的那么坏#X;|^zy9p&~。

2.Last month, the office said Buhari remains in charge of the government, but added that his doctors advised "on his taking things slowly."

The chief engineer was in charge of directing the building of the subway.
主任工程师负责指挥地铁的建造工程.
He is the vice-president in charge of sales.
他是负责销售的副总经理Uph*s1,o]eR。 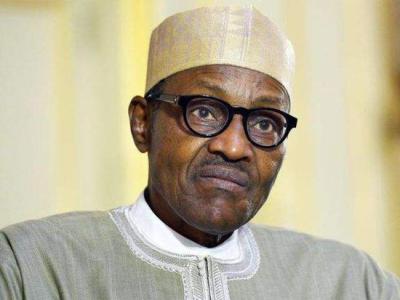