Skier Rescues Friend Caught on Chairlift
This is What's Trending Today.
Mickey Wilson set out to have fun skiing on a Colorado mountain.
But he wound up saving a man's life.
Wednesday night, Wilson used social media to report on his story of rescuing a friend. The images and video were published on Facebook and Instagram. They have been shared thousands of times in the past 24 hours.
Wilson said his friend became caught on a chairlift.
Chairlifts carry people from the bottom of a mountain to its top so they can ski down the hill.
Wilson's friend was wearing a backpack. When it was time for him to get off the chairlift, the backpack became caught and he could not get off. The lift circled around and started bringing him back down the mountain.
The man was hanging from the chairlift, with the bag wrapped around his throat.
Wilson said his friend was not able to breathe.
Other skiers gathered under the man's chair and tried to think of a way to reach him. But they could not get him down.
Wilson had an idea. He climbed up a tall, nearby structure and then climbed across the lift's guide wire to reach his friend. He used a knife to cut the backpack strap that was caught.
His friend fell a little over three meters into the snow, where rescue workers helped revive him. They brought him down the mountain and took him to a hospital.
Wilson told a Denver newspaper it was one of the most frightening things he had ever seen.
Wilson said he was confident he could help his friend because of his experience as a competitive slackliner.
Slacklining is an acrobatic activity where a person balances and does tricks on a narrow strap tied down at both ends.
And that's What's Trending Today.
I'm Dan Friedell.

We climbed up a winding track towards a mountain refuge.
我们沿着一条蜿蜒的小道爬向山上的一处避难所Hs%~k4I4eWfa&-c+!)^_。

Let's stop chewing the fat and get down to work.
让我们停止聊天儿，着手工作吧tu&3=E0RMl&MR]。

1.Mickey Wilson set out to have fun skiing on a Colorado mountain.

When setting out on a long walk, always wear suitable boots.
每次出发远行，都要穿合适的鞋子)*HTc[.]H72e。
He has achieved what he set out to do three years ago.
他已经实现了他3年前的奋斗目标kV=2qO,!vkh。

2.When it was time for him to get off the chairlift, the backpack became caught and he could not get off.

He is likely to get off with a small fine.
他可能会逃脱严惩，仅仅罚一点钱了事%e8Y[_KJ*vA;S。
At eight I said 'I'm getting off now.'
8点钟的时候，我说“我现在要出发了-(KNSIXsGP%k。” 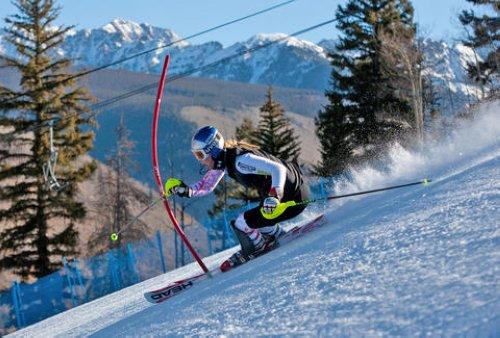