Now just how would you react if you got a phone call from this man? The legendary singer, song writer Bob Dylan finally called the Nobel Committee to acknowledge the prize for literature he won more than two weeks ago. The call was made to the head of the Swedish Academy which awards the prize.
He called me. And it was 5:30 p.m. Swedish time, and I had just come back from work and put my phone in the hall and left it there. And then when I came back a few minutes later, I realized I had a missed phone call from New York. And I realized that something was going on. So I returned the call, and it was Jeff Rosen, Dylan’s manager who called me. And then he connected me to Bob Dylan. 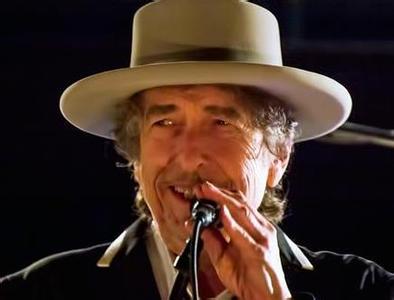 What did he say? What was his reaction to receiving this extraordinary prize, one of the world’s highest accolades?
First of all, I congratulated him from my heart. And I told him how excited we are and that he’s got many fans in the Swedish Academy. And then I asked him whether he would like to accept the prize. And he said of course. And then he said that the news of the Nobel Prize had left him speechless. And he added that “I appreciate the honour so much”.
It’s one of those times where it’s actually literally speechless. Is that he waited weeks to call you?
Yes.
Well, I didn’t ask him. I’ve never been worried about him not returning my calls because I knew he had gotten them. And I felt sure that he would eventually get in touch.
Another of the Academy members, this Swedish writer accused Dylan of being “impolite, arrogant” and said it was unprecedented that you wouldn’t know from somebody whether or not they would pick up the award. Do you share that sentiment?
Those words were taken out of a particular context. So he’s been misquoted. No, I don’t agree at all. As I said, I was never worried. I knew that eventually he’d get in touch. And he did. But I was very pleased to receive the call. And then we chatted a little bit about whether he’d like to come to Stockholm. Then I said you should really do what you want to do and there’s no must. It’s not like you have to do it.

1. from one’s heart 衷心地；打心眼儿里
例：My friend, I have written these words that spring from my heart to you from Belgium.
我的好朋友，我是在比利时给你写这些肺腑之言的~)YN;Lkv4#bv|A。
2. leave sb. /sth. ＋形容词，表示“使/让……保持某种状态”i1Lx,L~*yFME38p@B。Leave作使役动词I0gmt@pmvX。
例：Leave the door open when you go out.
出去时，不要关门ix1y9;%^eQiCtkbPF+@S。
3. get in touch 取得联系
例：How can we get in touch with you?
我们怎样才能和你取得联系呢？
4. accuse of 控告某人...；指责某人...
例：We accused him of having neglected his duty.
我们指责他玩忽职守0n])DKP_[djwgb72x~b5。
5. pick up 捡起；获得；收拾
例：They depend on the goodwill of visitors to pick up rubbish.
他们相信游客会自觉捡起垃圾6]*Z,Jh(j5ILK,b。