The human rights group Amnesty International says the government of Sudan has used chemical weapons against his own people in Darfur. It says since January more than 200 people, including dozens of children have died in agony after exposure to chemicals released by bombs. The government of Sudan said the allegations were baseless.

The Indian army says it has carried out what it called surgical strikes targeting militants since it said would prepare to launch attacks from Pakistani control side of the disputed territory of Kashmir.The Pakistani army says two of his soldiers were killed in an early morning exchange fire with Indian army's units along the defective border.

The body of Shimon Peres is lying in state in Israeli parliament ahead of his funeral on Friday. Tens of thousands of his countrymen are expected to pay their respects to the former prime minister and president who died on Wednesday.

New research has found that a small proportion of children with HIV do not develop AIDS even without treatment.Tests on 170 HIV positve South African children revealed that the immune systems of some were apparently able to coexist with virus.

In Tokyo,a panel of city officals has said total cost to host the 2020 Summer Olympics could surge 4 times higher than the origional estimates to 29 billion dollars.A panel has advocated scrapping plans to build 3 new venues to host sports such as volleyball and swimming.

A North Korean soldier has defected to the South by crossing the highly fortified demilitarized zone which divides the two countries. 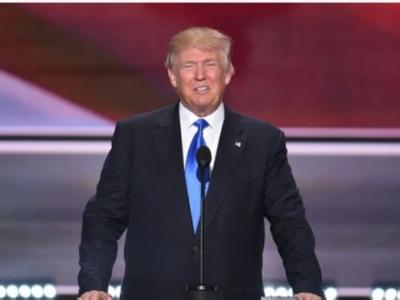 The net worth of the U.S. republican presidential candidate Donald Trump has fallen by an estimated 800 million dollars over the past year according to figures published by Forbes Magzine.But it still believes he is worth 3.7 billion dollars.

Their cancers are not so clearly tied to radiation exposure.
他们的癌症是否和接触放射线有关还不太清楚BmM;K.h7u^。

The charges against her are baseless.
对她的指控毫无根据PiXsK*89iD_BS2cmyLz8。

A substantial proportion of the population speak a French-based patois.
人口中有一大部分说以法语为基础的混合语_PI]ahoU-0XB。

He cannot reveal how much money is involved in the scheme.
他不能透露该计划投入了多少钱|omGk9HwNu|。

Love and hate coexist in every trivial affair.
每一件细碎琐事都充塞着这般爱恨和矛盾交缠yxzDj)Z-5%hH%nopLaa。

The Freedom Party's electoral support surged from just under 10 per cent to nearly 17 per cent.
自由党的选举支持率从区区不到 10%骤升至近 17%pHeE;0YWWj@6,_O7x。

He tried to defect to the West last year.
去年他试图叛逃到西方]e+JVUxQ^|0Tn。

1.It says since January more than 200 people, including dozens of children have died in agony after exposure to chemicals released by bombs.

He fell awkwardly and went down in agony clutching his right knee.
他笨拙地摔倒了，痛苦地抱住右膝倒在地上6Edm=pNzy~。

2.The body of Shimon Peres is lying in state in Israeli parliament ahead of his funeral on Friday.

The election was held six months ahead of schedule.
选举提前了6个月举行yL^6qmYk2l=5Z。