BBC news.
A new ceasefire is coming into effect in Syria. One of the men brokered the deal, the US secretary of State, John Kerry, described it is possibly the last chance to obtain peace and a united Syria. Mr. Kerry acknowledged that there would be violations of the truce in the coming hours and days, but urged all parties to abide by the terms of the agreement. Activists are reporting that the ceasefire is mostly holding. A resident of the rebel-held east of Aleppo told the BBC that shelling that had continued throughout the day had stopped and there were no longer aircraft in the sky over the city. Aid agencies are hoping to start making emergency deliveries to besieged areas as soon as possible.
Hilary Clinton's team said the Democratic candidate for the US presidency has no underlined health issues and will be back on the campaign trail later this week. Her Republican rival Donald Trump said he hoped Mrs. Clinton will get well soon, but added that the health of the candidate was an issue in the presidential race. 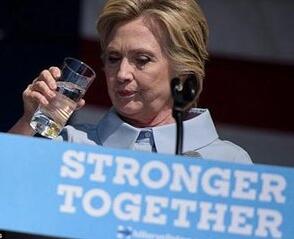 The White House has said that president Obama will veto a bill passed by both houses of the US congress, allowing families of victims killed in the September 11th attacks to sue the government of Saudi Arabia. A spokesman said if the measure became law, other countries would most probably charge and try American citizens.
South Sudan's information minister says the government was not yet to respond to allegations for the country's leaders of profiteering from the devastating civil war. A new report alleges that President Salva Kiir, the opposition leader Riek Machar and army generals and their families have amassed fortunes.
The former British Prime Minister David Cameron has resigned from parliament. Mr. Cameron stepped down from the leadership in June after losing the referendum on Britain's membership of the European Union.
BBC news.

They have agreed to a ceasefire after three years of conflict.
他们在3年冲突之后同意停火@M@|ZiDJ^g.U0。

The United Nations brokered a peace in Mogadishu at the end of March.
联合国于3月底在摩加迪沙促成了一场和平谈判8a|V43qqrXCzA!aoZ5。

The main part of the army moved to Sevastopol to besiege the town.
这支部队的主力前往塞瓦斯托波尔去围攻那个小镇wwX&R|~Fc6+。

The president vetoed the economic package passed by Congress.
总统否决了国会通过的一揽子经济计划MD_Np.zx-T0r@N%11。

The company could be sued for damages.
该公司会因所造成的损失被起诉qoB&bvrFbVW-~y&H)jv。

How had he amassed his fortune?
他是如何聚集起他的财富的？

The company has denied the allegations.
该公司否认了这些指控J_N#dqzP_^FVh。

A hospital administrator has resigned over claims he lied to get the job.
一位医院主管因为有人声称他的职位是骗来的而辞职了m)kJb(UJQRmv。

Estonia said today it too plans to hold a referendum on independence.
爱沙尼亚今天称它也计划要就独立进行全民公决+gI0PZ,cLB_r||ayM。

The policeman rapped the driver for his violation of traffic regulations.
由于司机违反交通规则，警察对他严加批评x~1YF#4N@47gOkPjY0s5。

1.South Sudan's information minister says the government was not yet to respond to allegations for the country's leaders of profiteering from the devastating civil war.

So how do the different skill levels respond to a model like this?
那么不同的技能水平又如何回应到这样的模型上呢？

2.South Sudan's information minister says the government was not yet to respond to allegations for the country's leaders of profiteering from the devastating civil war.

He tried to profiteer from this dirty deal.
他想在这笔肮脏的交易中捞一把me~4^^HEqa9ZiI|A|s。