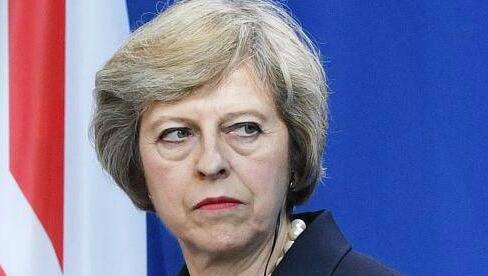 Plans to build the UK's first nuclear power plant in a generation have been delayed by the British government, hours after the French energy company EDF agreed to go ahead with it. The new British Business Secretary Greg Clark said he wants to carefully consider the project before backing it. John Molan reports. Meeting in Paris, EDF's board voted by ten to seven to approve the plant which could usher in a new nuclear era for Britain. But in a surprise move, the financial contract between the firm and the government won't now be signed until at least this autumn. Government sources deny that minsiters are having second thoughts. They say there was a new leadership in the country, it's right a time as taken to consider the huge project, but having already suffered from years of setbacks, this is another unexpected delay. And in the wake of the referendum vote, it's a move that sent mixed signals about Britain being open for business.
Indonisian officials say the executions of four prisoners sentenced to death for drug offences have been carried out. The three Nigerians and an Indonisian were shot on the Nusakambangan prison island. Jessica McLaren reports. Earlier this week, Indonisia's Attorney General said 14 people would be executed for drug offences, but so far only four have faced firing squad. Officials did not say whether the ten others, who include nationals from Pakistan, India and Zimbabwe as well as Indonisians will spared or whether they will be executed at a later date. Relatives, foreign governments,the United Nations and rights groups had urged the Indonisian authorities to spare the prisioners' lives. But the government says tough sentences is necessary to deter drug trafficking.
A news magazine in France says it heard voice recordings made by Adel Kermiche, one of the two attackers who killed an elderly priest on Tuesday. The messages justifying what Kermiche planned to do was sent via a messaging service which is encrypted and were not picked up by French intelligence services.
Hillary Clinton will address the Democratic National Convention in Philadelphia in few hours time, setting out her vision for the presidency. Barbara Plett-Usher reports. Hillary Clinton had an incredible set-up, celebrated by a stellar cast of celebrities, and stronglly endorsed by powerfull political figures, including President Obama. But this will be her moment. The stakes are high. she is in tight race with Republican candidate Donald Trump. And many voters don't like or trust her. Mrs.Clinton will also need to convince people she can bring about change and at the same time, carrying on the legacy of President Obama. She will repeat her optimistic view of the United States, contrasting that with Mr.Trump's message of country in crisis. Aid say she will highlight the path of division laid out by Republicans and draw on her campaign theme "stronger together". World News From the BBC.
The wife of the US Republican presidential candidate Donald Trump Malania has deleted her website after US media speculated over the accuracy of some of her claims. Laura Baker has the story. The US media questioned whether the wife of the Republican nominee for president had a degree in Architecture from a university in Slovenia as her online biography stated. They got no response. Instead, her website disappeared, and in a rare tweet she said the site was created in 2012 and has been removed, because it does not accurately reflect her current business and professional interests. Last week, a staff member from the Donald Trump campaign had to apologize for taking remarks by Michelle Obama and using them in Malania Trump's speech to the Republican convention.
The former investment banker and World Bank economist Pedro Pablo Kuczynski has been sworn in as Peru's new president. Mr.Kuczynski said he longed for Peru to be a more mordern, just and equal country in five years time. Peru's economy has seen impressive growth in the last few years, but a large number of Peruvians are still in poverty and many towns lack basic services.
The authorities in the Cayman Islands of Carribean have begun releasing genetically modified mosquitos in a bid to controll the Zika virus. The plan is to release millions of genetically modified males that don't bite and will mate with females to produce offspring that die before reaching adulthood.
The government of Norway is considering altering its border with Finland to give it a new highest mountain, would also mark 100 years since Finland independence from Russia. Currently Finland's highest point is 1324 meters above sea level, a mountain spur known as Halditsohkka, but the peak of the mountain just seven meters higher than Norway. A border moved of only 40 meters would give the peak to Finland. BBC news.

1.Hillary Clinton had an incredible set-up, celebrated by a stellar cast of celebrities, and stronglly endorsed by powerfull political figures, including President Obama.

2.Mr.Kuczynski said he longed for Peru to be a more mordern, just and equal country in five years time.

例句：I long for a trip to the Cape of good hope.
我渴望到好望角去旅行sn-Z;25+Ja_R)uvAEsal。