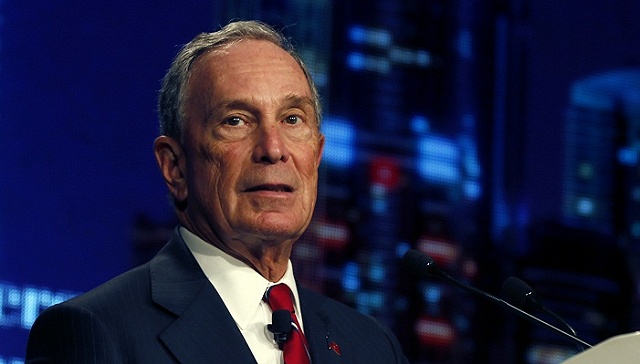 The World Anti-Doping Agency says it's disappointed about Olympic leaders have rejected his recommondation to ban Russia from the Rio Games next month. WADA's president Craig Reedie said the organization's investigators had exposed a state-run doping program in Russia and the International Olympic Committe's decision will reduce protection for clean athletes. The IOC ruled that individual Russians can compete in Rio with the approval of governing bodies of their individual sports. Richard Convey has this report. With just 12 days to go into the start of the Olympics, sport federations now face a race against time to establish which Russians are eligible. Given the weight to the evidence which centers on wide-scale state organized doping and orchestrated cover-up within in Russia, the IOC's decision has prompted anger among many who believe the country has no right to compete in Brazil. The United States Anti-Doping authority was swift condemn the IOC's decision, saying Olympic leaders had refused to take decisive leadership.
German police say they have arrested a 16-year-old in connection with Friday's gun attack in Munich in which nine people were killed. They say he was a friend of the attacker. Here is Bethany Bell. The police said a friend of the gun man, a 16-year-old Afghan contacted to them immediately after the shooting on Friday. Discrepancies were discovered in his statement to police, and he is now being investigated on suspicion of failing to report a planned crime. Police said the gunman Ali Sonboly began planning the shooting attack a year ago after visiting the German city of Winnenden where another teenage killed 15 people in 2009.
Mayor of the southern German city Ansbach has said an explosive device caused a blast that killed one person and injured at least ten. The explosion happened at a bar close to the entrance of a popular music festival, thousands of people have been evacuated. Initial reports had suggested that the cause was a gas explosion.
Tens of thousands of people in Turkey have taken part in the first cross party rally to condemn the attempted coup. The gathering was organized by the biggest opposition party but supporters of the president's ruling party also took part. From Istanbul, Nick Thorp. There has been one rally after another right across Turkey since the coup was defeated. What different about this one is that it was organized by the main opposition party, The Republican People's party. It's a chance for their supporters too to celebrate the survival of democracy. But it's not just a opposition event, officials from the governing AK party were invited too. So the speeches all about democracy but also about human rights and the freedom of the press, about the quality of democracy as well as its survival. BBC News.
In the United States, the head of the Democratic National Committee Debbie Wasserman Schultz is resigned as a row over leaked emails threatens party's unity, ahead of the convention to nominate a presidential candidate. From Washington, here is Jon Sopel. The Democratic party gathering was meant to be an exercising Catholic stage manage unity, but this slew of emails released by WikiLeaks suggest that the Democratic National Committee was anything but the impartial body was meant to be during the primary battle between Hillary Clinton and Bernie Sanders something that Bernie Sanders complained over repeatedly. And so the DNC Chair Debbie Wasserman Schultz has walked the plank, but in some ways the damages are done. Strenuous efforts has been made by the Clinton campaign to bring Bernie Sanders and his millions of supporters on board. But this episode is likely to reawaken tensions and suspicions.
The former mayor of New York Michael Bloomberg is expected to be planning a public declaration of support for Hilary Clinton as America's next president. The New York Times says Mr.Bloomberg, a former Republican, who has been sharply critical of Donald Trump, will endorse Mrs.Clinton at the Democratic Party Convention.
The United Nations has welcomed an agreement between the Columbian government and FARC rebels, giving specific guarantees to women as part of the peace accord being drawn up in Cuba. UN official say the two side have agreed that women will have equal access to land. Thirty percent of FARC soldiers will be reintegrated into society are female.
Christopher Froome has won the Tour de France for a third time becomming the first Britain cyclist to successfully defend the title. He finished arm in arm with his team mates behind the main group, having previously bulit up to a lead of more than four minutes. After he crossed the finishing line, Froome embraced his wife and baby son. Those are the latest stories from the BBC World News.

例句：State officials said the court's ruling clears the way for proceedings to condemn buildings in the area.
州政府官员称法庭判决为宣布该地区楼房为危房的行动扫清了道路0GBd[l=VWszQ。

例句：At other times the discrepancy was of the order of 20%.
往常的出入约为20%l0NvHErdskn0@@^Ycm]z。

例句：You have been so prompt in carrying out all these commissions.
你执行所有这些命令可真够迅速的dJ(xko@UNw-Kv。

1.The United Nations has welcomed an agreement between the Columbian government and FARC rebels, giving specific guarantees to women as part of the peace accord being drawn up in Cuba.

2.Discrepancies were discovered in his statement to police, and he is now being investigated on suspicion of failing to report a planned crime.

例句：He has been questioned on suspicion of slandering the Prime Minister.
他由于涉嫌诽谤首相而受到了盘问=BHT2A;~D7xr。

例句：After a report from a local resident, the police arrested him on suspicion of theft.
接到居民报案后，警察以偷窃嫌疑将他逮捕P[5Inr04IDj70l(-L。