Russian Team Escapes Olympic Ban
The International Olympic Committee, known as the IOC, will not ban all Russian athletes from the Rio de Janeiro Olympic Games in August.
The World Anti-Doping Agency, also known as WADA, had called for banning Russian athletes from the Rio Games.
WADA called for the ban after confirming that the Russian government worked to cover up doping among its athletes. It said Russian athletes in more than 30 sports gained competitive advantages from doping. And the Russian government switched urine samples allowing athletes to pass doping tests.
IOC president Thomas Bach announced Sunday that he would not issue a collective ban of Russian athletes. He was concerned that innocent athletes would not be allowed to compete in Brazil.
Bach said: "you have to be able to look into the eyes of the individual athletes concerned by your decision."
The IOC said it will pay extra attention to the test results of all of the Russian athletes in Rio.
Also, individual sport federations around the world will have the right to ban an athlete from competition if that athlete has failed a drug test. For example, the IAAF, the organization that manages international track and field events, has already banned many Russian track and field athletes.
The Russian sports minister Vitaly Mutko said he was "grateful" that the IOC did not ban the entire Russian team. He said the organization made its decision with "unity of world sport and the unity of the Olympic family" in mind.
Last week, Russian President Vladimir Putin said officials named in the WADA report would be suspended. Sports minister Mutko and his deputy are both named in the WADA report.
Around the world, sports organizations criticized the decision by the IOC.
The head of the U.S. Anti-Doping Agency said the IOC "refused to take decisive leadership."
A British IOC member said the "IOC has passed the buck."
Other Olympic experts are concerned about the future of a Russian athlete, Yuliya Stepanova. She provided evidence that helped break WADA's case against Russia.
Stepanova will now have to compete as a member of the Russian team if she wants to participate in the Olympics.
I'm Dan Friedell.

He is known as a gifted orator.
众所周知，他是一位天才演说家jIChWJ@-xx|H。

The manager would look into the queer goings-on in the office.
经理将调查办公室里发生的可疑事件P_zKewT4#n。

In doing our work, we must pay attention to ways and means.
做工作应注意方式方法PBuO%v35Am。

1.WADA called for the ban after confirming that the Russian government worked to cover up doping among its athletes.

He tried to cover up his guilt by lying.
他企图用说谎来掩盖罪行,~,ZCScXVZ_vi[Q|MsqV。
Lies can't cover up facts.
谎言掩盖不了事实&.HkvYbXy5。

2.The World Anti-Doping Agency, also known as WADA, had called for banning Russian athletes from the Rio Games. 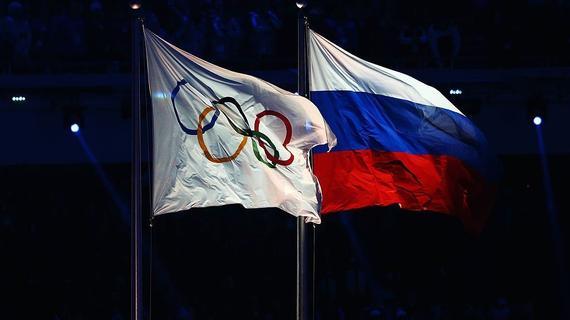