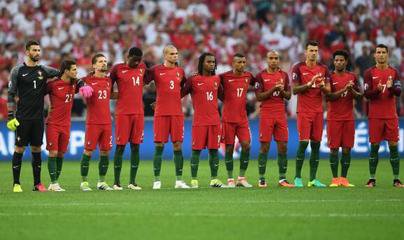 Hello, I'm Neil Nunes with the BBC news. Senior figures at the heart of Britain's decision to take part in the 2003 Iraq War have sought to blame the United States for many of the problems that followed. On Wednesday, the British report by John Chilcote delivered a devastating attack on the preparation, conduct and aftermath of the Iraq War. Jeremy Greenstock, the British ambassador to the UN at the time, said the United States pushed the UK into military action too early. The Americans weren't genuine about it, but the prime minister was genuine about it, cause he thought there was a chance that Saddam could be made to back down before we have to use military force and George Bush, for a while, agreed with him, but other people behind George Bush didn't agree with him and thought it was waste of time. But it was a very genuine attempt by the prime minister to see whether the Security Council could put such pressure on Saddam Houssein that military force was not necessary. We felt in that quiet obviously, but he did try. The report concluded that the decision to go to war was based on the flawed intelligence and wasn't properly discussed within the British Cabinet. It said there had been no imminent threat from Iraq's then leader Saddam Hussein. The former British Prime Minister Tony Blair has defended his decision to commit Britain to the 2003 Iraq War alongside the United States. Mr. Blair insisted that he had not misled the country. He said he would take the same decision again. General team across the most senior British officer involved in planning the war said that in the aftermath, the US dismantled Iraq's army and the Ba’ath Party without consultation. The US administration to Iraq at the ministry for Iraq to do at the time, Paul Bremer, denied the claim. That particular decision was approved by the president of the United States and Secretary of Defense, by the joint chiefs of staff of the United States. It was previously discussed by my National Security Adviser with authorities in London ten days before it was issued, he received no objections. And John Soyer says to the Chilcote Commission that he raised no objections when I briefed him, the senior British official on the ground. So whatever else one can say, it was, as far as I was concerned, where I was, it had been checked with the British government and it had been checked with the American government. In the United States, hundreds of protestors have gathered outside a convenient store in the city of Baton Rouge in Louisiana, where a black man Alton Sterling was shot dead by police on Tuesday. The protest followed the emergence of a second video showing two white policemen holding down Mr. Sterling before appearing to shoot him at point blank range. A court in France has sentenced two former Rwandese mayors to life imprisonment for their part in the 1994 genocide. Ladislas Ntaganzwa and Akayesu were found guilty of crimes against humanity and genocide for helping to organize the killing of mainly Tutsi people. World news from the BBC. The US Republican presidential candidate Donald Trump has raised more than 50 million dollars for his election campaign in June. In May, Mr. Trump raised only three million, prompting fears in the Republican Party that he would not be able to compete with his Democratic rival Hillary Clinton who raised nearly 70 million dollars last month. The United States army says Chelsea Manning, who was convicted for her role in leaking US government secrets to Wiki Leaks, is being monitored in jail after reportedly trying to hang herself. Chelsea Manning, who was formerly known as Bradley Manning, is serving a 35-year sentence at an all-male facility in Kansas. Manning was convicted in 2013 of leaking thousands of the State Department files to Wiki Leaks. More troops and police have joined to support flood control and disaster-relief in eastern China in areas flooded by a week of heaviest rainstorm. The relief effort has been held by a temporary improvement in weather conditions. More than 180 people have died as the floods destroyed houses and roads. Robin Brown reports from Wuhan. The rain has stopped for now. A day of sun is very welcome news for the ten million people here, where the rivers running through the city are almost a meter above their usual levels. In the suburbs, though, it's far worse. The view from above of some towns is simply of roofs and water, no roads, no grass. The focus now is to repair all 45 nearby dams and dikes to make sure that they can hold up. More than a million people have been forced out of their homes, and the cost to the country's economy is already billions of dollars. And briefly, Portugal has become the first team through to the final of the Euro 2016 Football Championships in France after beating underdogs Wales 2:0. BBC news.

例句：This old gentleman is to deal with the aftermath of the traffic accident.
这位老先生负责处理这次车祸的善后工作YC^A2398FCr.e@d~。

例句：In 1977 he was convicted of murder and sentenced to life imprisonment.
在1977年，他因谋杀被判处终生监禁WPhBuiZ=Ih。

例句：Last year, North Korea began to dismantle that complex, where it runs a nuclear reactor and reprocess fuel rods to recover plutonium, but it vowed in June to restart production there.
去年，朝鲜就开始拆除这个曾经那儿运行过核反应堆并为恢复钚重新准备燃料的基地，但是它在六月又发誓要在那儿重新开始生产2N5%BIwIxfG。

1.The Americans weren't genuine about it, but the prime minister was genuine about it, cause he thought there was a chance that Saddam could be made to back down before we have to use military force and George Bush, for a while, agreed with him, but other people behind George Bush didn't agree with him and thought it was waste of time.

be genuine about 对……认真，对……当真，对……真诚
例句：If you're genuine about how you feel, without caring what others think, then that's attractive.
如果你真实地表盖亚什么特性好现自己的感受，不在乎别人的看法，这也会吸引人&#fGzxF3P7osp;o0A2EA。

2.The Americans weren't genuine about it, but the prime minister was genuine about it, cause he thought there was a chance that Saddam could be made to back down before we have to use military force and George Bush, for a while, agreed with him, but other people behind George Bush didn't agree with him and thought it was waste of time.