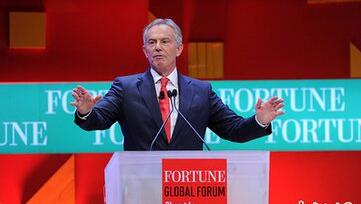 Hello, I'm Sumon Garmary with the BBC News. The chairman of long-awaited British inquiry into the Iraq War Sir John Chilcote has delivered a crushing assessment of Britain's role in the US-led invasion in 2003. Presenting his findings, Sir John said the government led by Tony Blair chose to join the military action before peaceful options to disarm Iraq had been exhausted. He says that it is now clear that policy was based on flawed intelligence and assessments that went on challenged. Our diplomatic correspondent Johnathan Marks has more. The decision to go to war, to put its soldiers’ lives at risk, is the most momentous challenge any democratic party can face. In the case of Iraq, collective cabinet government in Britain seems to have collapsed. Decisions were taken by Mr. Blair and a group of advisers. The wider cabinet seems rarely to have been consulted. Of course the Iraq War's greatest legacy comes in the Middle East itself. The report says the potential consequences were known, were warned about and were overlooked. Responding to the inquiry's findings, Tony said he took full responsibilities for any mistake without exception or excuse, but insisted he’d done what he thought was right at the time. Mr. Blair said he still believed that the world was better off without the late Iraqi leader Saddam Hussein and he denied that he had been guilty of deception or dishonesty. As the report makes clear, there were no lies. Parliament and cabinet were not misled. There was no secret commitment to war, intelligence was not falsified, and decision was made in good faith. Mr. Blair expressed regret and offered an apology to those that suffered as result to the Iraq War. He said he was still working for peace in Middle East. The decisions I made, I've carried with me for 13 years. I will do so for the rest of my days. There will not be a day of my live where I do not relieve and rethink what happened. It was sometimes asked why I spend so much time in the Middle East today. This is why. It's why I work on released peace on the dialogue between fates. The families of British service men and women killed in Iraq have accused Mr. Blair of misleading the country when he took it to war. At a news conference, Sarah O'corner said Blair’s response to the report was one of her anger. That healing, that half year I worked for. I’ve gone back to that time when I learned that my brother had been killed. And there is one terrorist in this world that the world needs to be aware of, and his name is Tony Blair. The world's worst terrorist. The current Prime Minister David Cameron said lessons must be learned for the future. Estimate suggests that between 90,000 and 600,000 Iraqis died because of the conflict. World news from the BBC. A court in South Africa has sentenced the Paralympic athlete Oscar Pistorius to 6 years in prison for the murder of his girlfriend Reeva Steenkamp. He's been facing a prescribed minimum term of 15 years. But the judge said the mitigating circumstances in the case outweighed any aggregating factors. Oscar Pistorius had already served 12 months of a 5-year sentence for man slaughter before the verdict was overturned on appeal. President Obama has announced a slowdown in the US military withdraw from Afghanistan saying he will retain 8,400 troops there in the next year. His previous plan was to keep just 5,500 after his presidency ends in January. But he said the security situation remained precarious. He said the US mission would keep on training and advising the Afghan military on mounting counter-terror operations. The families of a black man shot dead by police during a confrontation in the US state of Louisiana have called for independent investigation and for officials to resign. There have been protests after a video emerged showing two white policemen apparently holding down Alton Sterling and shooting him dead on Baton Rouge on Tuesday night He’d been selling CDs outside the shop. A court in Spain has sentenced the Argentina and Barcelona football player Lionel Messi to 21 months in prison for tax fraud. Mr. Dryker was fined more than two million dollars. His father was also sent to prison. From Barcelona, Gai Higico. Lionel Messi had claimed during the trial that he knew nothing about his tax affairs and it is his father handled all his finances. The Barcelona court found he and his father had deliberately used tax havens in Belize and Uruguay to conceal the earnings from the Spanish tax authorities. Neither the player nor his father is likely to face a jail term because the sentences they have been given are less than 2 years. BBC News.

例句：She read the long-awaited letter with a tearful smile.
她带着含泪的微笑读那封盼望已久的信28ogf-Q&nES%_)-5。

例句：A crushing blow struck my chest —I felt myself flying backward, and then heard the crunch as my head bashed into the mirrors.
一记粉碎性的重击砸到了我的胸口——我感觉到自己向后飞去，然后听到了我的头砸到镜子上的撞击声,kxzsLO[~)ql0hO+j%。

例句：Furthermore, some flawed ideas may ignite your curiosity and imagination, both of which have the ability to change the dynamics of everything.
而且，有时一些有瑕疵的想法可能会点燃你的好奇心和想象力，这两者都能够带来彻头彻尾的改变8^Zly@@831e。

例句：And this is a really momentous occasion because we’re celebrating the 50th Anniversary of the Peace Corps and you are part of that 50th Anniversary group.
这是一个十分重要的时刻，因为我们正在庆祝和平队成立50周年，而你们是在和平队庆祝50周年之际加入的成员z,!U&[o;#Cw&。

1.The chairman of long-awaited to British inquiry into the Iraq War Sir John Chilcote has delivered a crushing assessment of Britain's role in the US-led invasion in 2003.

inquiry into 对……调查
例句：Why, then, shouldn’t we have an official inquiry into abuses during the Bush years?
那么，我们为什么不能发起一项对布什政府滥用权力的官方调查呢？

例句：The Metropolitan police said the loophole was a key reason why it could not reopen its inquiry into the extent of phone hacking by News of the World staff.
伦敦警察局称：“漏洞就是为什么不能重新审理调查《世界新闻报》工作人员电话非法入侵究竟涉及多少受害者的关键原因RNSQ,i~~pvJH。”

2.Mr. Blair said he still believed that the world was better off without the late Iraqi leader Saddam Hussein and he denied that he had been guilty of deception or dishonesty.

例句：You might be better off using the internet to find out where and when are we going to meet to do this.
你最好通过因特网，查明应该在什么时间、什么地点去和哪些人碰头，来解决这个问题kaRbq,J5+!O^KgLLLWb。