A 43-year-old woman was found dead in an elevator in China.

She had been trapped in the elevator for about a month.

CNN says a maintenance crew inspected a broken elevator in the Chinese city of Xi'an on January 30. The elevator had stopped between the 10th and 11th floors. Workers shouted to see if anyone was inside, and did not hear an answer.

They turned off the power and left the building.

Workers found the woman's body on March 1, after they returned from the Lunar New Year holiday. The woman, who lived in the building, could have been in the elevator for up to 30 days.

The woman's neighbors said that the woman lived alone.

Local police arrested two suspects in their investigation. They said they were investigating the companies responsible for the elevator maintenance.

One user of Weibo, a social media site similar to Twitter, said:

"I thought such things would only take place in the wild. But actually the crowded cities are nothing but just a forest of steel – we are surrounded by so many people and have so many 'good friends' in (online) chat groups but there are few that really have anything to do with you."

China has had problems with similar accidents in the past. Last July, a woman died after she fell through flooring in a Chinese department store.

There was a power cut and all the lights went out.

The maintenance supervisor would dispatch a crew to repair the damage.

1.They turned off the power and left the building.

He puts out his hand to turn off the light.

Be sure to turn off the lights before you leave.

2.They said they were investigating the companies responsible for the elevator maintenance.

He denied that he was responsible for the accident.

She was responsible for buying the properties for the television series. 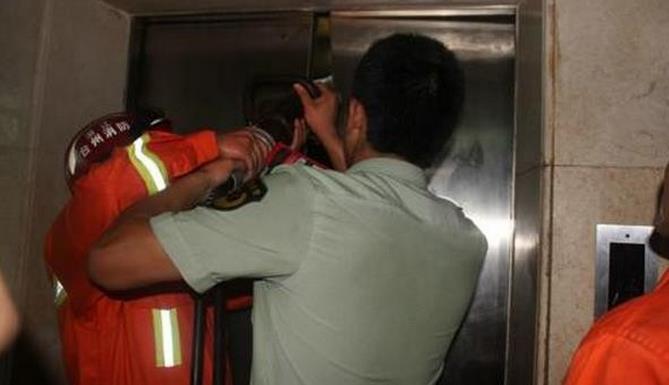