Confucius, in his village, looked simple and sincere, and as if he were not able to speak.

When he was in the princes ancestral temple, or in the court, he spoke minutely on every point, but cautiously.

When he was waiting at court, in speaking with the great officers of the lower grade, he spoke freely, but in a straightforward manner;

in speaking with those of the higher grade, he did so blandly, but precisely.

When the ruler was present, his manner displayed respectful uneasiness; it was grave, but self-possessed.

When the prince called him to employ him in the reception of a visitor, his countenance appeared to change, and his legs to move forward with difficulty.

He inclined himself to the other officers among whom he stood, moving his left or right arm, as their position required, but keeping the skirts of his robe before and behind evenly adjusted. 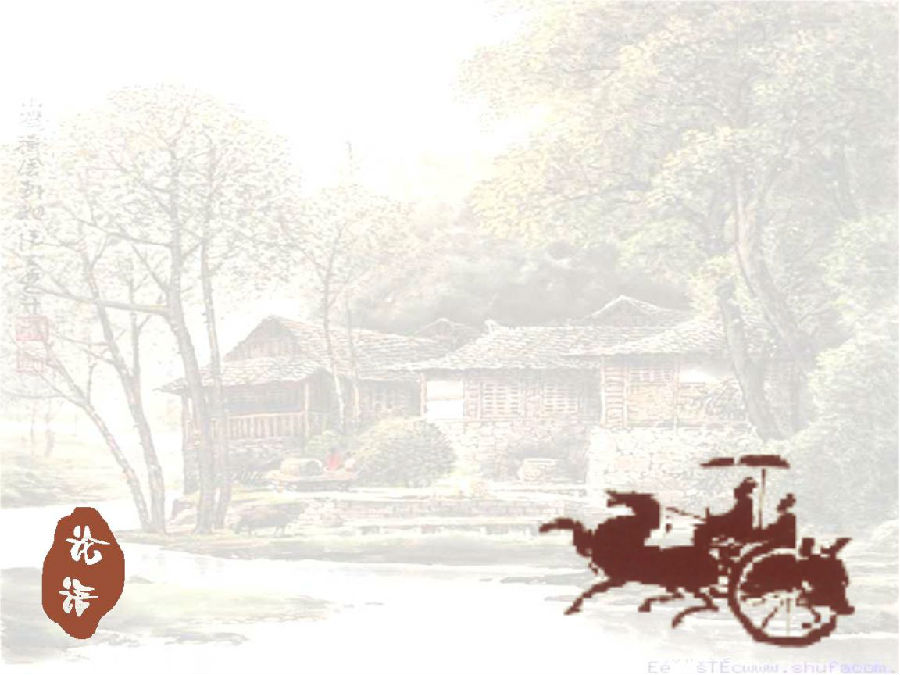 He hastened forward, with his arms like the wings of a bird. When the guest had retired, he would report to the prince, "The visitor is not turning round any more."

When he entered the palace gate, he seemed to bend his body, as if it were not sufficient to admit him.

When he was standing, he did not occupy the middle of the gateway; when he passed in or out, he did not tread upon the threshold.

When he was passing the vacant place of the prince, his countenance appeared to change, and his legs to bend under him, and his words came as if he hardly had breath to utter them.

He ascended the reception hall, holding up his robe with both his hands, and his body bent; holding in his breath also, as if he dared not breathe.