Tadashi: Was that Diane you were talking to just now?

Helen: Yeah, do you know her?

Tadashi: Diane and I used to work together. She looked happy.

Helen: Yeah, she’s dating a new man. I just got the scoop. He’s not her usual type. 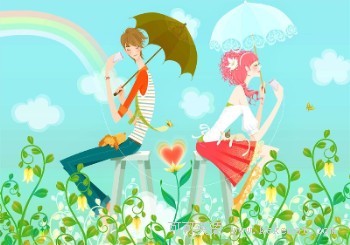 Tadashi: What do you mean?

Helen: Well, he’s a little younger than she is.

Tadashi: That’s no big deal nowadays. How much younger?

Helen: Hey, didn’t you just say that May- December romances aren’t that uncommon? From what Diane tells me, they have a lot of things in common.

Tadashi: Yes, I did. But that was before I knew there was such a huge age difference between them. I know that my parents wouldn’t approve of me dating a woman 15 years older than me.

Helen: Aren’t you being a hypocrite? After your parents divorced, didn’t your father remarry? And, isn’t your step-mother 18 years younger than your father?

Helen: How? Because Diane is a woman and your father is a man?

Tadashi: Yeah. I don’t mind saying it. There’s a double standard. I think a lot of people would agree with me.

Helen: You may be right, but I’m not one of them.