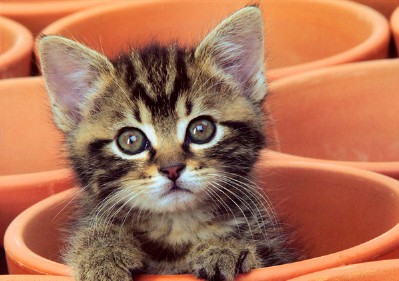 When I was little, we had a family pet. His name was Jupiter and he was a kitten. I wanted a cat more than anything else and finally, my parents gave in and said that we could have one. We went to the pound and saw dozens of cats of different breeds. We went from cage to cage until we saw a little kitten at the back of one of cages. He looked scared, but when I picked him up, he wouldn't stop licking my hand and I knew he was the one we would bring home.

When we got Jupiter home, I played with him all day. What I noticed when I played with him was that I would sneeze a lot and I started getting hives on my arm. My nose would also be runny and my eyes would water . I tried to hide these symptoms from my mother, but she noticed them eventually and told me that I was allergic to cats! Even worse, we couldn't keep Jupiter! That was a tragic day in my young life. I thought I would never recover.

Then, a lucky thing happened. Our neighbor down the street was willing to adopt Jupiter and I was able to visit him all the time, as long as I didn't get too close. In the end, it wasn't such a terrible tragedy after all.