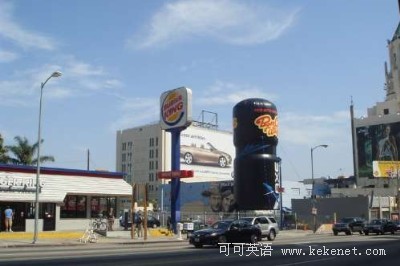 I was talking to my new friend Nicole about the differences between New York City and Los Angeles. Nicole just relocated from New York, where she lived all her life, and I'm a native of L.A.

Nicole: Well, the stereotype in the movies is that L.A. is a frivolous town with a lot of flaky people. I guess, in the back of my mind, that's what I expected.

Dan: And, is it what you found?

Nicole: Well, it is and it's not. The city of L.A. is much bigger and more diverse than I had expected. There are people here from all over the country and all over world, like New York. I've heard people say that in L.A., everyone is from somewhere else. That's partly true. So, I've met all kinds of people here. What I'm realizing is that the picture of L.A. that's in movies only represents a small segment of the city.

Dan: You're right. Life isn't always like the movies.